A VISUAL RESPONSE TO THE TORAH

This opening phrase of Torah can be translated a number of ways including “in a beginning” or “in beginning” as there are no indefinite articles in Biblical Hebrew, or it can even read “with beginning” as the first letter ‘bet” has those two meanings.

Referring to Kabbalah, here behind Adam and Eve is the Tree of Life (Etz Chaym). According to this understanding, the emanation of creation began with the 10 sephirot – energy centers. (Think modern physics concept of the string theory.)  You will see on this tree 8 of these 10 energy locals and their relationship with each other suggested by the colors blending into the “fruits” of this tree.  Above this tree in the darkening sky are stars shaping into the “kisay” – the throne of glory: the “place” where the infinite enters into the manifest.

All six days of creation are shown here.  You will see red at Adam and Eve’s feet indicating the protective coating they lost after they ate of the Tree of Good and Evil.  Now naked and embarrassed they stand next to the “snake” who at that time is said to have been taller than a camel and walking on two feet and jealous of Adam’s having a companion and wanting to have her for himself.

In the upper left is the archangel Michael assigned as a protector. 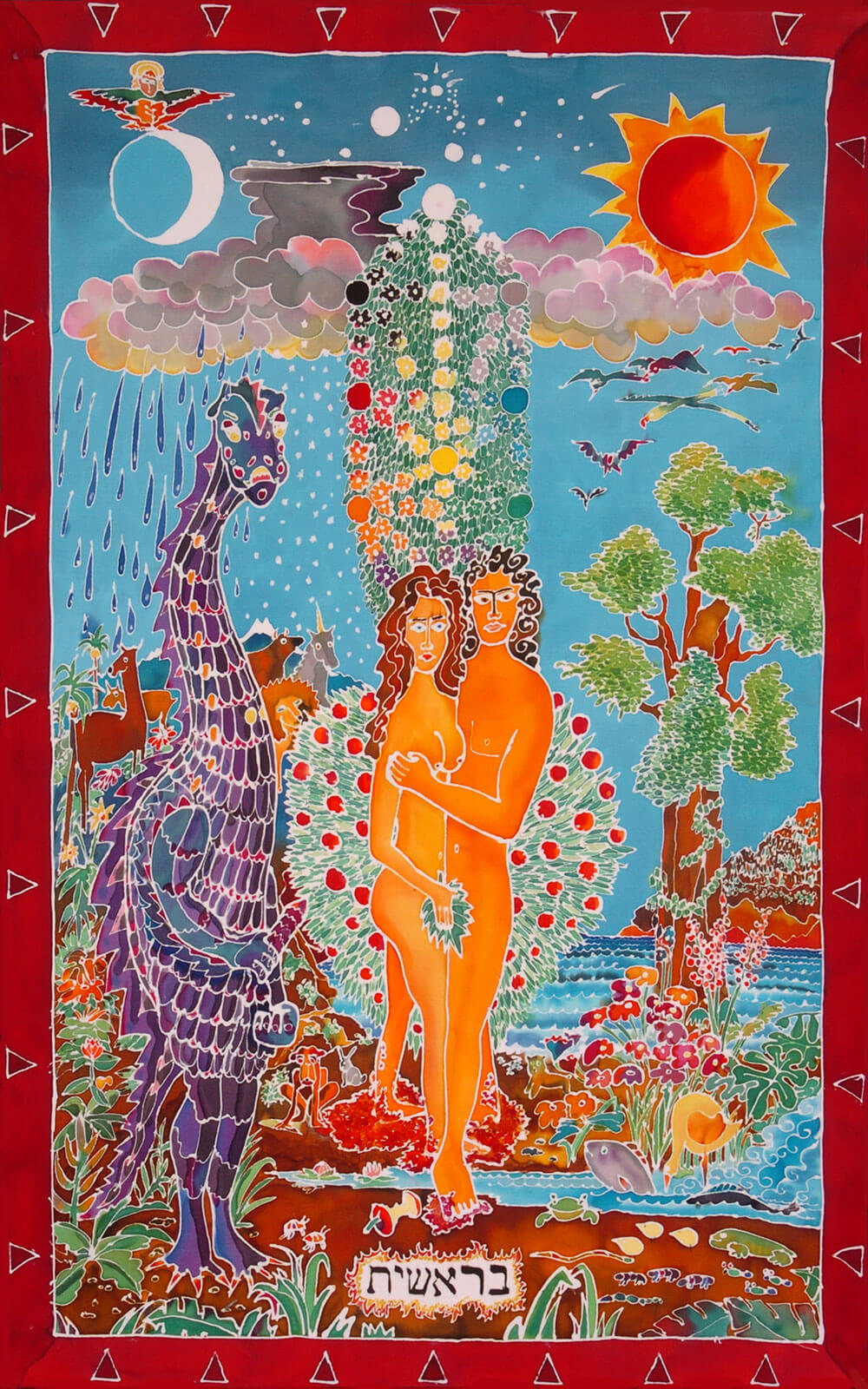